Successful Procurement is not just a set of Activities, it is a Strategy

Project Procurement Strategy for Development (PPSD): An Experience from Vietnam 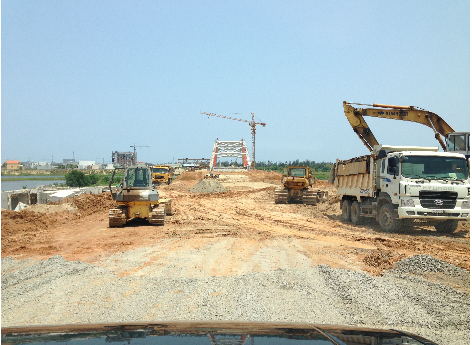 Many Bank-financed projects, especially those implementing large and complex contracts, are continually facing high risk of implementation delays and procurement is the most frequently used scapegoat. What has gone wrong in those cases? Borrowers are always requested to prepare a detailed procurement plan for the first 18 months of project implementation, which is of course carefully reviewed and approved by the Bank before loan negotiations and the projects are then declared "good to go", but reality is almost never that rosy. In many cases, as soon as financing agreements were inked, those negotiated procurement plans had to substantially change. The most common reason for the need to revise those plans was related to lack of appropriate long vision, lack of appreciation of the risks, lack of a market-based strategy that made them either too rigid or too idealistic to implement. The (New) Procurement Framework (PF) provides us with a strong instrument to counter this – the Project Procurement Strategy for Development (PPSD), containing a set of tools and structure to develop a procurement strategy to achieve the Project Development Objectives (PDOs) using a robust analytical basis. As the new PF just became effective a few months ago, one may question whether PPSD has been tested on the Bank's portfolio to see if it is really as helpful and efficient as envisaged. Some answers can be found in Vietnam, where the Bank's portfolio ranks third largest with US$8 billion lending and a long list of complex and challenging projects.

Since early 2015, the procurement team of the Governance GP in Vietnam embraced the idea of PPSD and soon realized its potential. Although there was no detailed guidance at that time, the team was able to convince and help our Borrowers to prepare PPSDs for some complex projects and activities. Some borrowers were initially reluctant and believed that this was just an additional requirement being imposed by the Bank. However, once the team demonstrated the use of some of the tools, they became excited about the potential benefits that a PPSD may bring. For instance, under a large water and sanitation project in Ho Chi Minh City, a procurement strategy was developed for a US$300 million wastewater treatment plant (envisaged to be a single contract) which helped the Government to decide on a bidding strategy using open technology and a design-build-operate contract, among various options including PPP, design-and-bid, design and build, etc. In the same city, the Government hired an international consultant expert to help prepare a PPSD for a challenging flood risk management project. This PPSD found that the local market for some types of works (such as tidal sluices) under the project were not adequate, thus they should bid internationally for those contracts despite their values being relatively low. It also recommended that for canal improvement work which accounts for the largest portion of project investments, contracts should be divided according to the specific types of technical design to attract the broadest competition through international bidding. Other examples include dam safety and climate resilience projects, whereby PPSDs helped Ministries of Agriculture and Natural Resources and Environment develop multiple detailed procurement plans for various subprojects scattered across the country. These examples are all for projects which use the Guidelines of the previous procurement policy.

For projects using the new PF, such as in land administration project (an Early Adopter of new PF), through an in-depth market analysis and robust PPSD, the Borrower (Ministry of Natural Resources and Environment) has successfully justified the participation of state-owned enterprises (SOEs) and public service units under this ministry for certain specialized technical services. In the past, such an acceptance of SOEs was rarely possible as it would require a policy waiver from the Bank. The PPSD also showed the benefits of using a framework contracting rather than centralized procurement.

While the above PPSDs are only few early examples, they have already proven to be an effective tool that helps borrowers look at both the challenges and opportunities, foresee risks and finally enable them to strategically design project procurement plans that best fit the project needs.