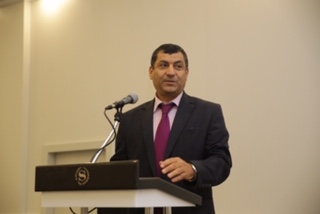 Public procurement reform is a catalyst for sustainable and robust economic growth and development.Public procurement is at the core of translating public policy into tangible results for citizens, delivering essential services, implementing projects and programs, and improving a country's business, investment, and social environments. Such reforms are particularly important in a context like MENA that is facing numerous economic and social challenges. Electronic Government Procurement (e-GP) is a key public procurement reform, and it is a fundamental building block for e-Government. e-GP is one of the main transformational dimensions of an e-government initiative. During the global conference on "The Future of Public Procurement in the Era of Digitalization" in June, the speakers clearly demonstrated that e-GP facilitates effective public financial management as it enhances transparency, accountability, and open government; supports the development of the private sector, particularly SMEs, by reducing barriers to entry into the public procurement market; generates cost and time savings by increasing competition and thereby value for money; and helps build the digital capabilities of citizens. e-GP has a positive multiplier effect and can be particularly powerful in a region such as MENA that is facing a confluence of economic, social, and governance challenges. Digital Government, and particularly e-GP, are critical to fulfilling many Sustainable Development Goals as they accelerate the implementation of infrastructure projects, the execution of budgets, and improve the delivery of critical public services.

The Government of Tunisia is a leader in e-GP in the Middle East and North Africa. The Government of Tunisia's (GoT) digital transformation journey began in 2005 when the GoT hosted the World Summit on the Information Society (WSIS). Subsequently, in 2009, the GoT carried out a feasibility study on e-GP, the results of which clearly outlined the necessity for integrating digital solutions into public procurement and the enormous potential gains of such an initiative. With distinct political will, the GoT pursued e-GP and adopted a system tailor-made to the context of Tunisia. The system is comprised of four components - e-catalogue, e-bidding, e-contracting, and an e-shopping mall. Key takeaways about the GoT's e-GP system include:

Governments in MENA would greatly benefit from following Tunisia's lead and integrating digital solutions into public procurement. The Government of Morocco is working to digitalize bid security in partnership with the local Banks. Also in Morocco, the Bank is also providing support to the GoM on a new operation under preparation (Financial Inclusion and Digital Economy DPL) with a digital dimension that is expected to include procurement. Since the global conference, there has been a renewed interest and commitment to digitalization, notably by the governments of Egypt, Jordan, and Saudi Arabia (RAS). The MENA Governance, Procurement Team intends to continue the dialogue on digitalization with client countries and, in line with the Bank's role of convener of global knowledge, will continue providing technical support and advice for governments to develop their e-GP systems.