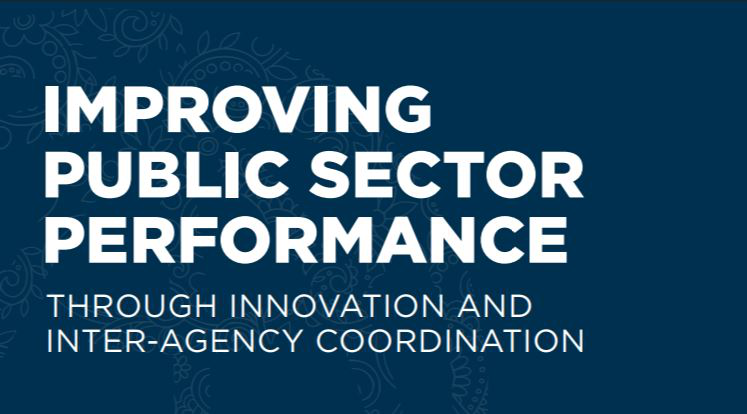 Almost daily, headlines in the world's leading newspapers are full of examples of public sector failures: public money is mismanaged or outright misused; civil servants are not motivated or are poorly trained; government agencies fail to coordinate with each other; and as a result, citizens are either deprived of quality public services, or must go through a bureaucratic maze to access them.

These public-sector challenges are often present even in the world's most developed countries. They are of course further exacerbated by lower levels of development.

So what hope do low and middle-income countries have to make their public sectors function more effectively? Is this just a futile enterprise altogether?

We believe it is not. Our new Global Report, Improving Public Sector Performance Through Innovation and Inter-Agency Coordination, argues that positive change is possible in many low and middle-income countries. The report collects 15 inspiring country cases of such reforms and shows that such change does not necessarily require huge financial investment or complex IT systems. What seems to be required, instead, are five interconnected drivers of success:

The cases in the report provide ample illustrations of how these drivers worked in practice, including the following vignettes:

How do all these changes come about? One size, of course, does not fit all; different solutions may be appropriate for different contexts. Trial and error is expected, and flexibility is key on the path to finding the best fit for a particular challenge and context. Progress is possible if governments keep trying to improve, even while stumbling, and keep learning from pitfalls and adapting their approach to achieve the desired change.

All these ideas are encapsulated in the well-known Chinese saying, “crossing the river by feeling the stones.” This means that each experiment that worked for some governments can be considered a stepping stone for others, but it needs to be tried out, and possibly adjusted to the specific context at hand. Documenting such experiences thus becomes important as an inspiration or catalyst for further trying and adapting, rather than as a prescription for an approach that can be directly emulated.

The report also shines a spotlight on a key public-sector performance topic: policy and inter-agency coordination.

In today's world, governments and the public sector are facing increasing pressures to perform at a higher level than ever before. While this report does not provide all the answers to public sector performance challenges, it analyzes innovations that have worked and identifies key factors that have contributed to their success. However, the overarching element of success is strong coordination to ensure that governments and their ministries, departments, and agencies are no longer operating at cross-purposes.

Through coordination, performance can be boosted, and through innovation and experimentation one can get a glimpse of the other side of the river and ideally the direction of the next stone.