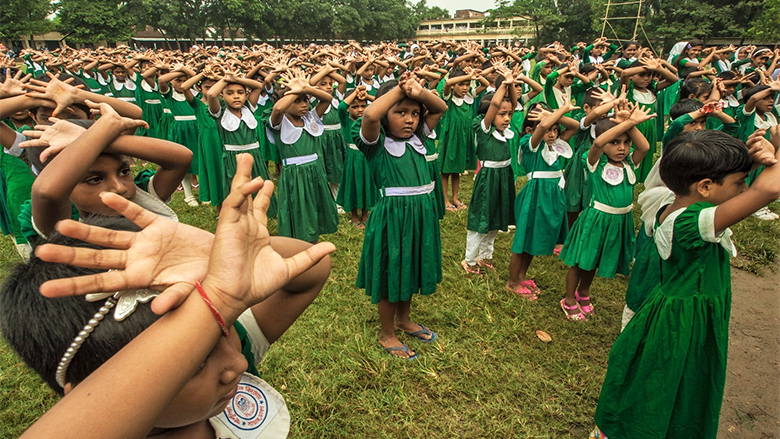 A healthy mix of innovation, continuous engagement, and effective implementation can bring about sustained transformation in public procurement. A more effective and transparent procurement system frees up public money for achieving more and better development outcomes and improving the delivery of public services.

Procurement makes up a substantial portion of government spending with significant impact on the delivery of public services such as water, health, education, and other infrastructure. Bangladesh spends about $16 billion or about one third of its annual budget on public procurement. Of this, $13 billion is spent on the public procurement of goods, works, and services for the implementation of development programs, constituting approximately 70% of the country's development budget.

Given the importance of procurement in achieving national development goals, the Bangladesh government made a strong commitment to reforming the public procurement system consistent with global standards, and in partnership with the World Bank. This strategic engagement spanned over 15 years through three successive projects as opposed to an ad-hoc, one-off intervention.

These sustained efforts provided with the opportunities for deeper and longer engagement with relevant stakeholders while allowing for thoughtful design and careful sequencing of reform phases. More importantly, these efforts have helped ensure political buy-in leading to a comprehensive and sustainable transformation in the system. The remarkable results are now visible, far-exceeding everyone's expectations.

The interventions, for example, resulted in significant cost savings for both the procuring agencies and the tenderers. On average, the reform resulted in an annual savings of $150 million - with that amount the country can build over 1,500 km of rural roads or 3,000 primary schools.

How did it happen?

The reform process in Bangladesh began in 2002 with the World Bank Country Procurement Assessment Report which identified several areas of improvement in the country's public procurement practice, including: absence of legislations, bureaucratic processes, manual procedures, capacity constraints, and inordinate delays. To address them all, first the technical aspects of reform were set in place: an institutional and legal framework was developed. Further, a central regulatory agency, a Central Procurement Technical Unit, within the Implementation Monitoring and Evaluation Division (IMED) of the Planning Ministry, was also established in 2002, followed by a Public Procurement Act (2006) and Public Procurement Rules (2008). With this foundation, the reform was rolled out.

The reform process required not only technical but also substantial political and behavioral interventions. A few integrated elements, for example, were critical for success. These elements included: managing the political economy, developing innovative technology, such an electronic government procurement system, e-GP, building capacity of public officials and tendering community, involving citizens in the monitoring of public procurement contracts, and measuring procurement performance through data analytics across dozens of indicators.

More importantly, these efforts have been supported by a nation-wide stakeholders' engagement and communication program to sensitize and promote knowledge, awareness, and participation of key stakeholders, including government officials at different tiers, tendering communities, civil society, journalists, legal professionals, private sector, financial institutions, and, of course, citizens at large.

All these efforts show that reforming public procurement systems requires a sustained and long-term effort, through which every relevant stakeholder needs to do their part and has a lot to contribute. At times, this may not be easy to implement, but the results on the ground and the savings achieved show that these efforts are worth making.