Modernizing Public Procurement in Zimbabwe, one Step at a Time 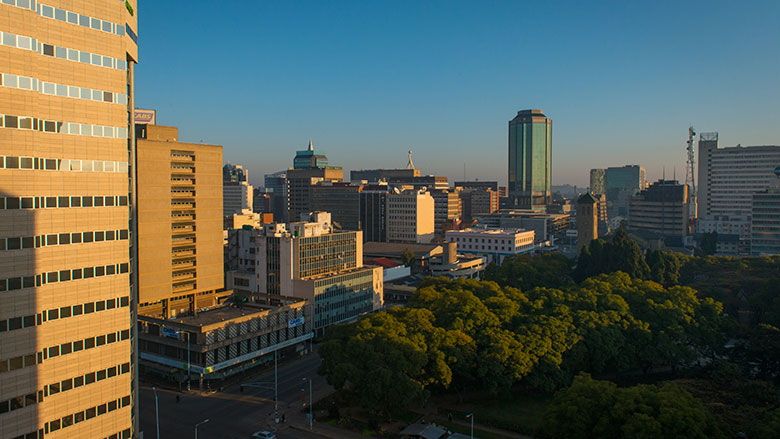 Legislation is pending in Zimbabwe to make government procurement quicker and more transparent.
Photo: Arne Hoel/The World Bank Group
​
For some time now, public procurement has accounted for a good 20%–25% of Zimbabwe’s annual budget, which currently stands at about US$4 billion. Guided by a law crafted in 1999, the country’s procurement system is centralized, causing bottlenecks and delays.

It has long been due for an overhaul.

Public procurement is the system through which governments buy goods or services. Now, a proposed bill seeks to speed up the process in Zimbabwe by setting-up a regulatory authority to oversee it. This bill separates powers, to be vested in the regulatory authority, from the transactions themselves, which will be left to the procuring government entities.

The reform spearheaded by the Office of the President and Cabinet is a component of the Public Procurement Modernization Reform Project financed by the Zimbabwe Reconstruction Fund (ZIMREF). This US$4 million project is intended to help make public procurement more transparent, accountable, and effective. It will be used to support regulatory and institutional reforms, and to prepare the Zimbabwean government for an e-government procurement (e-GP) pilot.

To date, the draft Public Procurement and Disposal of Public Assets Bill has been produced, gazette-d by parliament, and now awaits Presidential assent to pass into law.

The Public Procurement and Disposal of Public Assets Bill allows state entities to share the same purchasing transactions through agreements negotiated by the new regulatory authority. This should enable the government to take advantage of its vast purchasing power and benefit from economies of scale, making state purchases and the amounts of money the government spends on them, cheaper overall.
The bill also introduces open contracting for disclosure of information and allows all the parties involved in a contract to participate in every stage of the procurement cycle. It is the culmination of extensive stakeholder consultations held with many of the key players in the procurement process.

The World Bank Group provided Technical Assistance (TA) for this process through workshops with the media and parliamentarians.

“I benefitted a lot in terms of learning about the differences between the proposed law and the current law,” said the Honorable Dorothy Mangami, MP for Zimbabwe’s Guruve Constituency. “This helped me identify the loopholes in the current system, and what I have learned will assist me as I sit in the Finance and Economic Development Committee in parliament.”

The TA has also supported an assessment of the country’s readiness for e-GP, Business Process Reengineering of the current procurement system, and the preparation of an e-GP road map. The second phase of the project, beginning in July 2017, will support e-procurement to bring increased transparency, accountability, and value for money.

If implemented, the reforms will help local industries and Small to Medium Enterprises (SMEs) reduce the costs of goods and services; make more public funds available for development, and improve public service delivery through the adoption of modern procurement practices, such as these framework agreements.