Launched on 24 March 2014 by the President of Pakistan in Islamabad, as a procurement learning platform with the MOOC program Certificate Program in Public Procurement (CPPP), the network has now become the largest Community of Practice with 126,000 members from 180 countries. Public Procurement forms a significant portion of any country’s spend. However, capacity building in this field has been lacking. Procurement iNET, short for Information, Networking, Education and Transaction is the digital space for public procurement professionals from around the world. 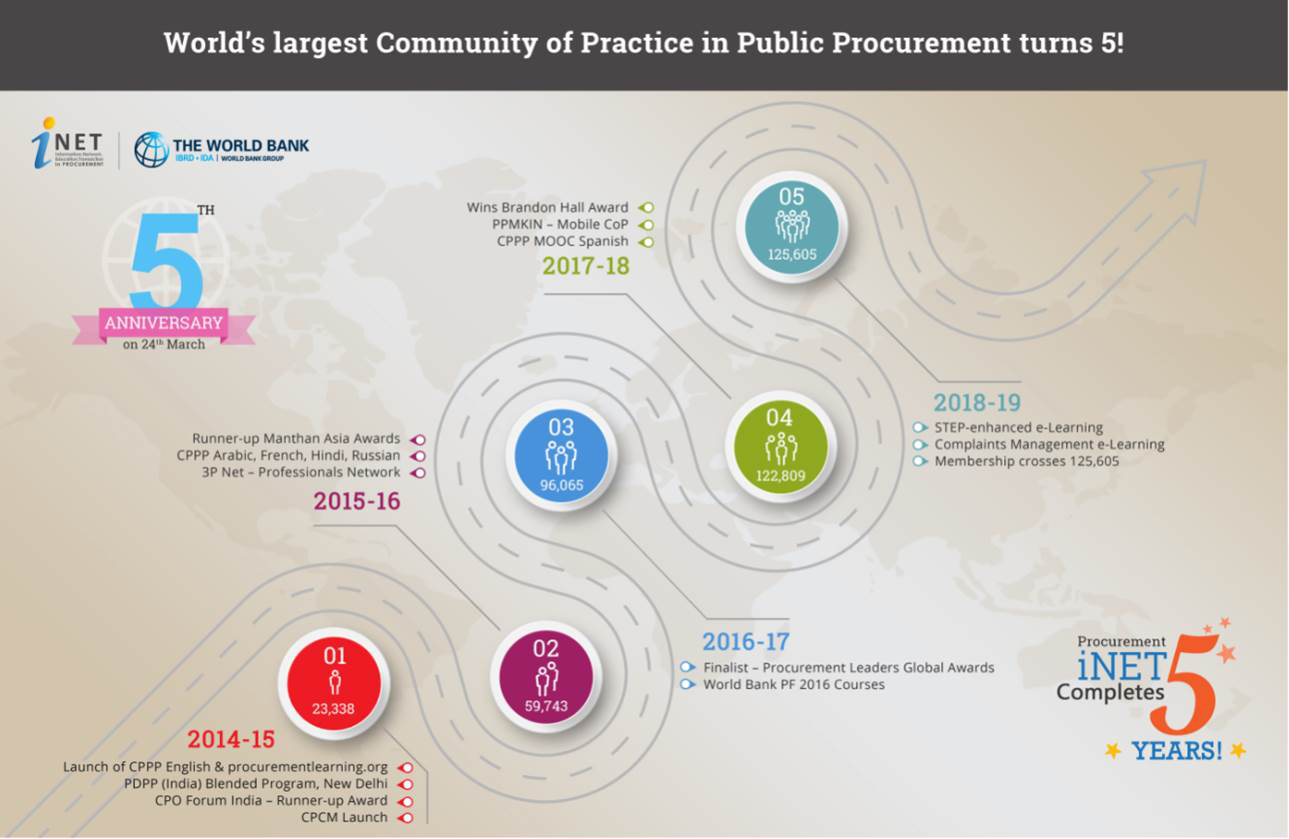 In commemoration of the 5th Anniversary, Procurement iNET launched a competition for participants of Certificate Program in Public Procurement "CPPP Fastest 100% First". One winner from each language who completes the course in shortest time and with 100% score will receive a Tablet.