How government e-marketplace is revolutionizing procurement in India 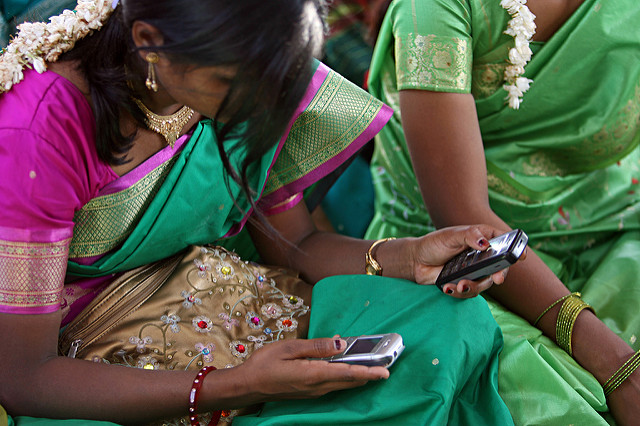 India - which spends an estimated 20% of GDP on public procurement - has been struggling with the challenges of decentralized procurement of commonly used items for quite a long time. While purchases in small quantities lose the benefits of economies of scale, they are also vulnerable to malpractices because it is very difficult to monitor thousands of small transactions. Small suppliers, too, find it difficult to reach buyers in other parts of the country without layers of intermediaries, pushing up their costs.

To deal with this challenge and based on the recommendations of two high level committees, the Government of India set-up the Government e-Marketplace (Gem) in 2016. To provide policy support, a new enabling rule was introduced in 2017 through the government’s General Financial Rules (GFR), signaling its willingness to bring reform in this area.

Since then, this Business to Government (B2G) platform, has eliminated multiple levels of manual, sequential verification and decision-making, leading to dramatic reductions in lead-time in government procurement. For suppliers, too, this has opened attractive new options by eliminating intermediaries and guaranteeing prompt release of payment.

In a short span of two years or so, the platform has opened up market access for micro and small enterprises and entrepreneurs, expanding the number of potential suppliers. “We never thought we could sell to the government sector,” said Upshi Grover and Mishu Arora, two women who run a small cleanliness products trading firm in Delhi and use the platform to sell to the government. “GeM has given us so much exposure. We feel very proud that we are supporting the Government’s Clean India mission.”

The e marketplace has also helped promote entrepreneurship and create new jobs. “I have been able to start a light bulb business,” said Manju, another vendor who has been able to set up a new business through GeM. “This will also help develop my village.”

Purchasers have also seen very promising results. “GeM has brought down the delivery time from 30-60 days earlier to 10-15 days” says a Government Purchaser in the remote Andaman and Nicobar Islands.

Today GeM caters to 138,000 sellers and 27,000 buyer organizations covering 469,000 products and services. In all, 730,000 orders have been placed so far, with a total value of Rs. 115 Billion (US$ 1.7 Billion). Most of India’s states have also signed Memorandum of Understanding (MoU) with GeM for using this platform for commonly used items. 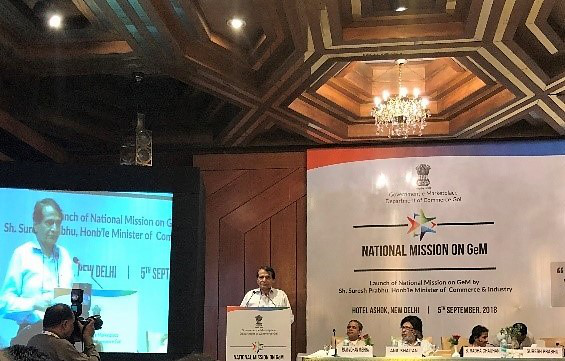 Launch of the National Mission on GeM by India's Commerce Minister

The e-marketplace has set an ambitious target to achieve Gross Merchandise Value (GMV) equivalent to 4-5% of India’s GDP. If 15-25 % savings are realized on this volume of procurement, it will free up enormous sums which the government can use to finance its development and poverty alleviation programs.

Speaking at the launch of national mission for GeM on September 5, 2018, Suresh Prabhu, India’s Commerce Minister said that transactions through GeM will reach $100 billion in the next three years. “During this mission, efforts will be made to bring more self-help groups, artisans and start-ups on this platform,” he said.

Based on its performance and potential for replicability, GeM was awarded the South Asia Procurement Innovation Award in 2016. It is now looking for regional and international collaborations to help other nations to replicate its success.

The World Bank is proud to have been associated with GeM during the platform’s evolution. Many Bank-supported projects in India are also benefiting from the advantages it provides over traditional modes of procurement.