In several institutions, decentralized procurement is a real challenge. In phase I, which started in 2003, there were serious deviations from agreed procurement arrangements noted during post review in 2005-2006, 2006-2007 and 2007-2008. Although, the situation improved after conducting procurement workshops and introducing self-audits by the State Project Facilitation Unit (SPFU) and National Project Implementation Unit (NPIU), the Project continued to face procurement challenges in maintaining consistency in processes and procedures, as the geographic locations of participating institutions, which was aggravated by the inadequate capacity at the SPFU level to provide appropriate technical support and effective supervision. To mitigate this challenge,in phase II of the project (which started in 2010), an innovative approach using ICT to manage procurement in the form of Procurement Management Support System (PMSS) was introduced.

PMSS is an enterprise management system for Procurement where planning is automated, all documentation is produced by the system taking care of all procurement requirements as per agreement and it is an effective tool for efficiency and transparency in procurement. It is a web-based procurement management support system that standardizes the procurement process of goods, works and services & reduces variance in procurement processing and ensures adherence to agreed norms and guidelines under the TEQIP Phase II project. PMSS provides end-to-end procurement process flow and any new requirement like threshold changes becomes easier to get incorporated into the system. It is user-friendly and generates invitation letters, advertisement details, standard bidding documents, bid evaluation report, purchase order etc. Also it generates real time reports at institution, state and national level and provides alerts about pending/forthcoming procurement activity. Furthermore, it helps in contract management, for example, tracking contracts after award for delivery and payments. It also has all IT enabled positive features like information and request can be accessed only by the authenticated user which is restricted to his/her role in the organization. Additionally, it stores the log of entire series of activities into the database. 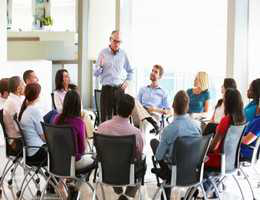 Initially, there was resistance from institutions. However, they began to accept the system as they found it more user-friendly, transparent and efficient. PMSS, was introduced in the TEQIP project more than five years ago. It has now earned a name in the education community in India as an efficient and transparent system, which is being sought after by many state governments. In a survey conducted by the Administrative Staff College of India (ASCI) during Mid Term Review (MTR) of TEQIP Phase II, it was noted that 82% of users surveyed are satisfied with the performance of PMSS.

According to Ms Manisha Verma, Higher Education Secretary of State of Maharashtra,

"To make the procurement process transparent and efficient, we are keen to adopt in other higher education institutions in the state the TEQIP's Procurement Management Support System (PMSS), which is acknowledged for high standards and operational efficiency."

The new Procurement Framework (PF) is risk based and the procurement process is proportional to the value and risk of the activity. In the new PF, the prior review thresholds are enhanced to empower the client for fast and efficient delivery of project. On the other hand, the Bank can use its resources to focus on high value and high risk activities. For routine procurement activity, where the Bank delegates the power to client, the use of ICT as explained above can be useful to make the procurement process more transparent and efficient.

In the third phase of the project, PMSS will be more holistic and inclusive so that Interim Unaudited Financial Report (IUFR) can be generated from the system by the client for claiming reimbursement.